Posted by Sierra Brown on Aug 20 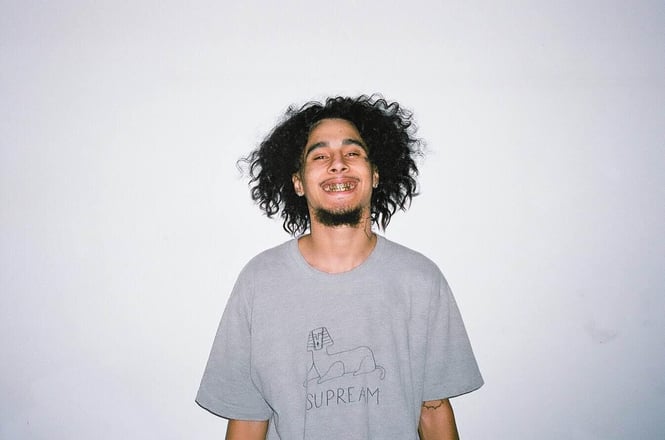 Wifisfuneral brought his fans to the ring. Celebrating the release of his mixtape “Boy Who Cried Wolf,” he and his friends put on a show in NYC Friday night. We caught up with the South Florida rapper, who says a lot went into making the mixtape so he wanted to show love.

“This is the most honest project I’ve put out in general,” he said. “I don’t hear something that throws me off. I love the project from start to finish and that’s the first time I’ve ever felt like that about a project that I’ve ever released.”

The venue is unassuming: a neighborhood boxing gym, giving off a punk scene vibe. In the dead center is a boxing ring -- perfect for moshing, spraying water bottles into the crowd and the several necessary hype men.

He performed a few songs off the mixtape like “Grim Pt. 2,” “Tic Tac” and “DisDaHateSongBby.” From his previous works he played bangers like “Aw Shit” and “It Don’t Matter.”

When going to a Wifisfuneral show, prepare for a mosh pit. He walked into the crowd and started moshing with them, in between verses. It’s easy to see Wifisfuneral is comfortable with his fans. He said that’s why he makes them feel like family.

“I make them feel like they’re in my mom’s living room with me, eating food right there with me. I talk about shit that they think about that all these other artists don’t feel comfortable talking about,” he said. “There was a time I didn’t have anybody. I just had my fans.”

This new wave of lo-fi rap is different, and the fans are equally unique, but it’s better to “adapt or get left in the dust.”

“That whole like ‘Except us. We’re different. Please, it’s just a different genre of music,’ that shit’s out the window. Either you adapt to the shit or you just fall under,” he said.

Wifisfuneral will be performing at A3C Oct. 7. Make sure you cop your ticket!