Posted by The Blog Team on Jul 3

The Studio at A3C Conference presented by ACID Pro Next will invite some of hip-hop's best producers to make new beats live and break down some of their biggest hits. Producers include... Just Blaze, Drumma Boy, Young Chop, Needlz, Tasha Catour, Danny Wolf, Jetsonmade, Bryan-Michael Cox and more to be announced.

Producers will also be able to create, collaborate and experiment with the newest hardware, software and technology in music, including ACID Pro Next, a next-generation series of DAWs.

Learn more about The Studio 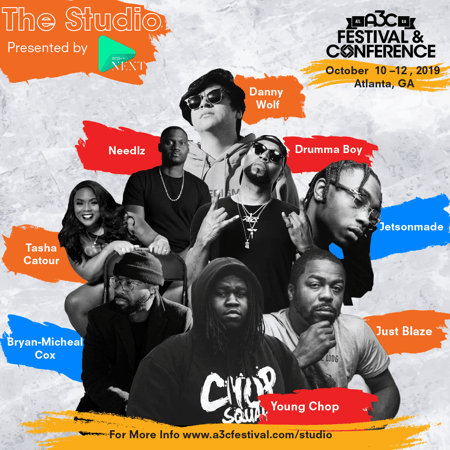 Want to get involved?

Beat Pitches: You can plug in and play your best beat for a dope artist and their team. You'll have 1 minute to impress and will receive feedback on the spot. [Submit Here]

Speed Listening Sessions: You can play your beats for some of hip-hop's most promising up-and-coming artists. [Submit Here] 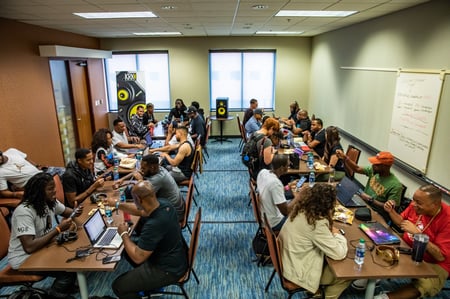 The Studio will enable producers to network with their peers and hip-hop’s most influential music industry professionals. Producers will also be able to create, collaborate and experiment with the newest hardware, software and technology in music, including ACID Pro Next, a next-generation series of DAWs that redefines music production. A world-first for any DAW is the integration of source separation directly into the creative process - zynaptiq® STEM MAKER technology splits songs into drums, vocals and instruments for the ultimate sampling, remixing, mash-up and beat-making workflow.

The Studio presented by ACID Pro Next will invite some of hip-hop's most influential and iconic producers that will be hosting live sessions breaking down the making of some of their most well-known hits and creating new beats from scratch.

Mike Walbert, A3C’s Managing Director, says “A3C Conference has become an essential place for launching and showcasing the latest in music technology. We’re excited to partner with ACID Pro Next to help highlight this cutting-edge technology that is sure to change the music production world. I know the producers at A3C Conference are going to be blown away.”

In 2016, MAGIX acquired the ACID product line along with other audio and video products. MAGIX was founded in 1993 and is one of the leading manufactures for user-friendly, creative software. The company with headquarters in Berlin (Germany) employs more than 350 people worldwide.