Posted by Sierra Brown on Sep 22 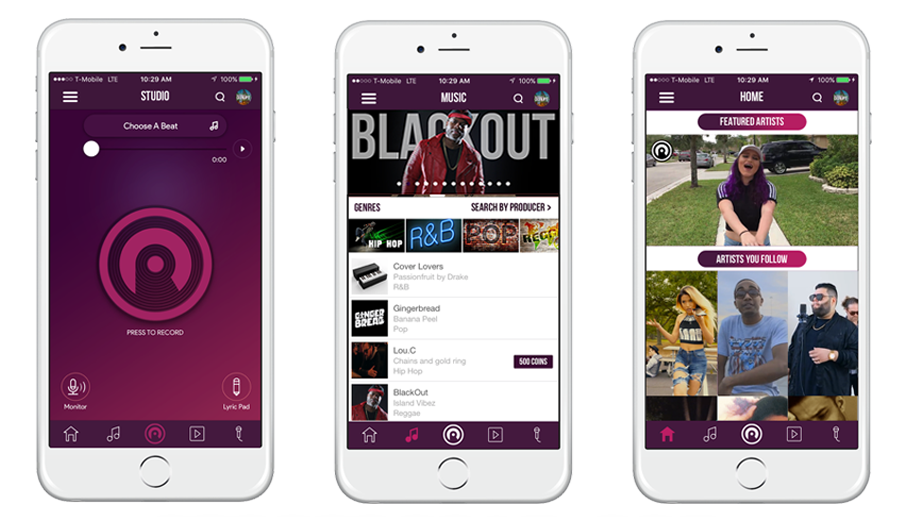 Imagine a social network for artists that levels the playing field, connecting the missing dots keeping you from leveling up in your career.

Enter RedcordGram, a producer marketplace, recording studio and social network app that gives amatuer artists the platform to create original songs with award-winning producers, and other music makers around the world.

It started out of Miami with Grammy-winning music producer Winston “DJ Blackout” Thomas, New York rapper MIMS and music industry vet Erik Mendelson, according to the Miami Herald. They were originally working on an app called uRemix in 2014.

Because of their close ties to the music industry, transitioning into music tech fueled their entrepreneurial ambitions, Mendelson explained.

“We learned the vernacular and participated in as many meetups we can find and pitched out initial remix platform at a hackathon in Miami,” said Mendelson. “The hack won first place so that gave us the motivation to pursue our music tech venture.”

Although that idea was shelved, according to the Miami Herald, it was the fire that sparked RecordGram. The app is free to download in the App Store with in-app purchases. Producers can have the option to subscribe for $90 a year, or $9.99 a month allowing 15 beat uploads per month. Those producers can then lease their tracks for up to $4.99, while maintaining copyrights, to artist.

Before you freak out, you get a return on your investments.

“RecordGram democratized music collaborations and discovery so that anyone anywhere in the world can create original music with award-winning producers,” Mendelson continued.

According to an interview with the Miami Herald, Mendelson said more than 700 songs and videos are on the platform, and over 500 beats are readily available for use in the app.

RecordGram will be at A3C and ready to compete for the chance to collaborate with other artist who “want to create content that’s shaped across their social network.” Cop your ticket to see what they’re about.