SociallyIn Presents: Why Social Media is Like Sour Patch Kids 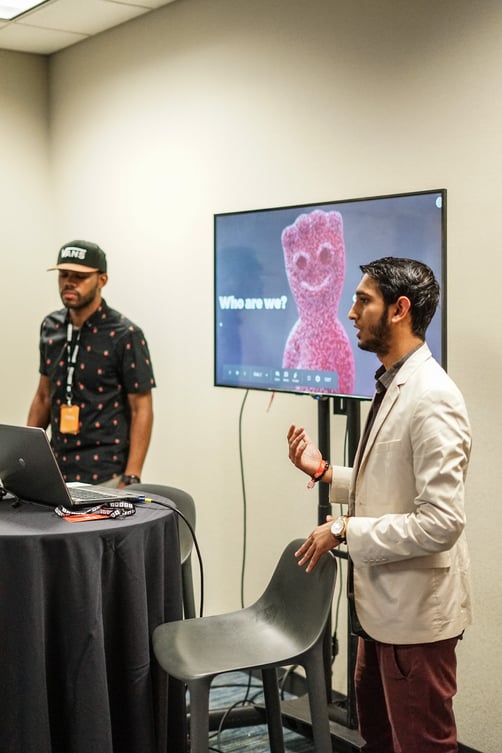 A lot of today's artist development is taking place online. We all know that there are pros and cons of social media, but no one ever seems to want to talk about the negative side effects of online marketing! Cornelius Terrell and Keith Kakadia of SociallyIn like to compare social media to sour patch kids, and yesterday we got their explanation as to why.

Terrell and Kakadia used DJ Khaled as an example. We all remember Khaled from the early/late 2000s but he didn't reach international stardom until just recently. Khaled started a social media campaign just a few years ago, but things really picked up for him when he recorded on Snapchat footage of himself getting lost on a jet ski. Now he has platinum records and songs with some of the biggest artists in the world.

Aside from the bad, social media when used effectively, can be one of the greatest tools an artists can use to gain traction. By showing behind-the-scenes footage or offering exclusive content, artists can reach fans directly and build lasting relationships.

Exposure is easier to gain now than ever before. Using different forms of content and ads can help artists connect with people they never thought possible to reach. Influencers can also benefit from this by partnering with networks to sell products. SociallyIn suggest single-interest ads to get a narrow scope of the people you're attempting to reach.

There is so much to gain from social media but its necessary that everyone do their research. Understanding your fans and target audience can be the difference in your music career.