A Conversation With TechStars Music: Venture Capital For Music Start-Ups 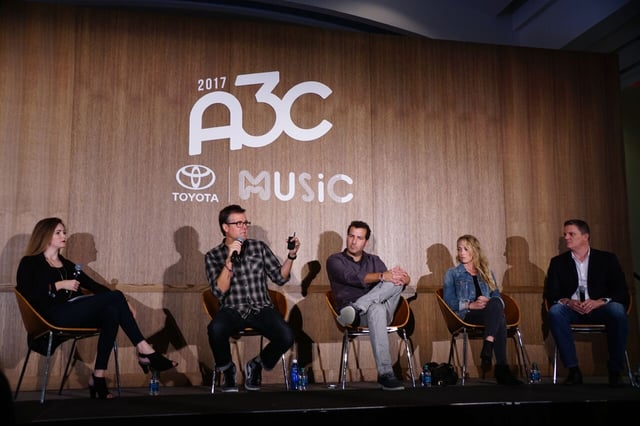 The Toyota Music Ballroom was the hub for all things tech at this year’s A3C Festival and Conference. On Thursday, the prestigious Techstars Music had an open discussion about venture capital for music startups. Techstars, along with a group of leading companies from the global music business invests $120k into 10 of the best music-related startups from around the world. Their panel at the A3C Conference included Music Managing Director Bob Moz, Jen Nicholas (Director of Techstars Music), Jerald Cooper (Co-Founder of Era of The Engineer), Brad Spahr (VP of Innovation at Sony Music) and Joe Bellioti (Head of Global Music Marketing at Coca-Cola). 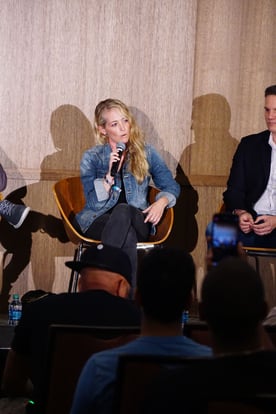 The theme of their panel was to emphasize how much of an impact that technology has on the music industry. With the emergence of social media, any Tech startup would want to take advantage of the many opportunities that technology has to offer when it comes to monetizing their company. From the standpoint of the actual investor, Bob Moz stated that the future of any venture capital company is being able to pinpoint the next up and coming tech start-up. Providing entrepreneurs with the resources and network to build meaningful enterprise technology companies and enduring consumer brands is the focus of TechStars Music.

"At Techstars Music, we believe the rising revenues in music will lead to a new era of innovation and excitement. We work closely with our members to find new technologies to benefit everyone in music — we search the globe for startups solving big problems by creating new and delightful experiences for fans." – Bob Moz

During the Q & A portion of the panel, Jen Nicholas elaborated on the difficulty of being a woman in the tech world. There are some, not all, company heads that look at women as unqualified, and need to prove themselves as business people before any respect is given. However, in the past few years, diversity in the tech world has expanded, with involvement from people of all walks of life, regardless of race, age or gender. Brad Spahr gave insight on brand sponsorship, and what some companies are looking for when attaching themselves to a tech startup. Sony Music specifically, spends a lot of time looking at business models, and analyzing the need for that company, in terms of the demand from the general public. Many large companies look at brand sponsorship as a great source of revenue, both for the investor and what’s being invested in.

Techstars Music will continue to shine as a model startup community, with active and exited entrepreneurs, as well as corporate giants, engaging with founders to help build the next set of disruptive technology companies.

For more information on TechStars Music, you can check out their website here.