Posted by Bre'ana Singleton on Oct 9 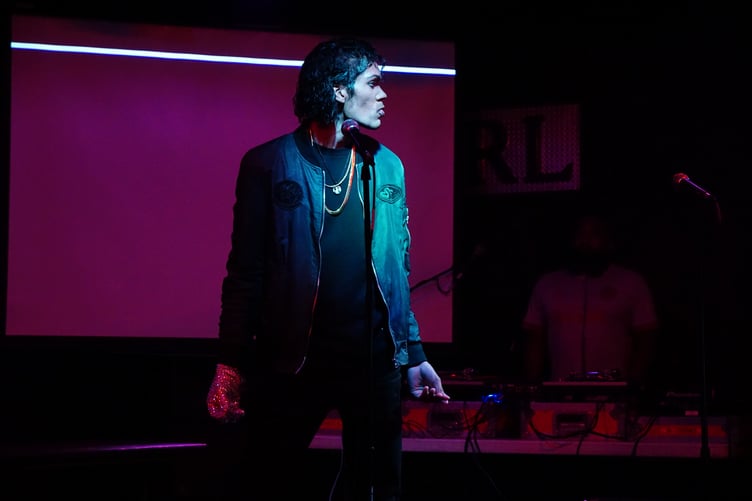 If you were at The Earl on Thursday night, you got to witness one of the most uniquely curated hip hop events of A3C week! Dish Nation and Hot 107.9's Headkrack put on an incredible show that fused comedy and hip hop in a way that has never been done before. The legendary Ed Lover hosted the event and made sure that there were plenty laughs to go around.

Fredo Davis and Fattman Deezy performed their standup routines, touching on topics from drunk driving to the black church. Both comedians had the venue exploding with laughter from jokes with just the right amount of truth and discomfort.

The most shocking and unexpected part of the night was when Michael Trapson hit the stage looking exactly like the King of Pop. Trapson has garnered huge interent fame through his Instagram and Youtube pages where he remixes Michael Jackson songs over banging trap production. He stole the show with "Billie Jean And I Dab" and a few other crazy remixes.

After Trapson, Headkrack and his group of comedians including 4-IZE, DJ Rasta Root, and U George hit the stage. They prefaced all their skits with an homage to the late Phife Dawg of A Tribe Called Quest. Each skip was a back-and-forth rap song with different scenarios including DMX on SVU, Harambe, and Dracula.

The Live Comedy Mixtape was an incredible experience and one like no other. The troup will look to take their show on the road very soon and bring that energy to cities all over the country!