DJs Are The Reason for Hip-Hop’s Season

Posted by Sierra Brown on Jul 31 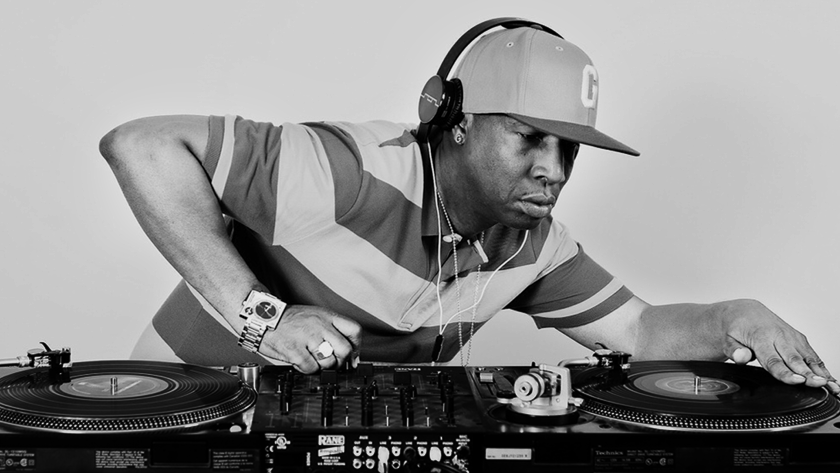 Arguably, your favorite rapper or R&B singer would be an absolute nobody if not for the DJ that either spun their record, or put it in a mixtape. To say DJs have influenced hip-hop would be a regrettable understatement. DJs are the demigods of hip-hop; without them the genre that has gripped a quarter of America’s listening habits wouldn’t be the major force that it is today.

Dating back to hip-hop's inception in the 1970s, the focus was on the DJ.

“The DJs were the gatekeepers,” said veteran hip-hop journalist Charlie Braxton. “You couldn’t rap without the DJ’s permission.”

Once MCs took the forefront, DJs transitioned from behind the booth at clubs and house parties to the airwaves as mix show DJs. Some even skipped the middle-man that is radio all together, and distributed music through mixtapes.

“In the 80s, the mixtape DJs took over. Radio became so corporate. Unless you were connected to a major label that was connected to major money, they weren’t going to play your music,” Braxton said.

This helped introduce rare records and new artists to a wider audience. Because radio is controlled by program directors and playlists, mix show DJs have more freedom to break records. If a track is fire and catches heat, it goes into regular rotation.

Same thing goes for mixtapes. If the streets love it, the radio will play it.

The world of hip-hop has caught on to the sounds of the Dirty South, but it hasn’t always been that way. If it weren’t for DJ Jelly, DJ Screw and DJ Drama (just to name a FEW), the South would be a blip on the radar. These guys didn’t only break artists; they also ushered in new standards of what it means to be a DJ and could be the reason for today’s hip-hop vibe and sound.

DJ Screw, born Robert Earl Davis Jr., helped put Houston on the map. He broke out the scene in 1990 by creating narcotic, sluggish-sounding mixes, slowing down records to really slow speeds. Even though “lean” was a staple drug in Texas and many people credited that to Davis’ reasoning behind the chopped and screwed mixes, it was actually weed that was his inspiration.

According to The Guardian, Davis said in a 1995 interview with Rap Pages magazine, “when you smoking weed listening to music, you can’t bob your head to nothing fast.”

He started out making the chopped and screwed tapes just for friends, but began selling them to others for $10 each. It’s unclear exactly how many tapes he made, but estimates are around 1,000.

Davis signed a contract with Russell Washington’s Big Tyme Recordz and released 3 ‘N tha Mornin Pt. 1 and Pt. 2 in 1995, bringing Davis’ music into stores across the U.S. for the first time.

In the documentary “Dirty States of America,” Houston rapper Fraizer “Trae” Thompson said DJ Screw “was our form of radio” and most importantly, “he let the streets decide,” resident DJ at Screwed Up Records and Tape told the Houston Press.

Getting on one of his tapes could catapult a rapper’s career. His influence can be seen in UGK, T-Pain, Drake, Three 6 Mafia, Michael “5000” Watts, OG Ron C, Chamillionaire, Juicy J and A$AP Rocky.

Around the same time, DJ Jelly transitioned from making mixtapes and touring with Goodie Mobb and Bubba Sparxxx to being Atlanta’s “stamp of approval” on the radio.

The St. Louis native, born Johnathan Whitmore, came to Atlanta right after high school. He started DJing out of his dorm room of what was then called Atlanta College of Art, now called Savannah College of Art and Design.

DJ Jelly is a product of Atlanta’s “Freak Nik” events of the early 90s that helped put Atlanta’s music scene on the map. He collaborated with MC Assault on mixtapes when V-103’s program directors approached him about joining the team. Once Radio One came to Atlanta in 1995, he had a slot called the “Five O’Clock Traffic Jam.”

DJ Drama, born Tyree Cinque Simmons, is the perfect example of skipping the middle-man and giving it straight to the people, known as the pioneer of mixtape DJs.

A native of Philadelphia, Simmons was T.I.’s main DJ in his earlier days. He started a company called the Aphilliates and signed a joint venture deal with Asylum Records in 2006. Small distributors sold Simmons’ CDs at Best Buy “right next to everybody else’s mixtape … without any record label affiliation because the company and the regime that we built from Aphilliates,” Willie the Kid said in mixtape history tome The Art Behind the Tape.

Although music streaming has changed the way artists get exposure, there’s still no way around the DJ.