Could Wifisfuneral Be Hip-Hop's Resurrection?

Posted by Civonne Ray on Jul 20 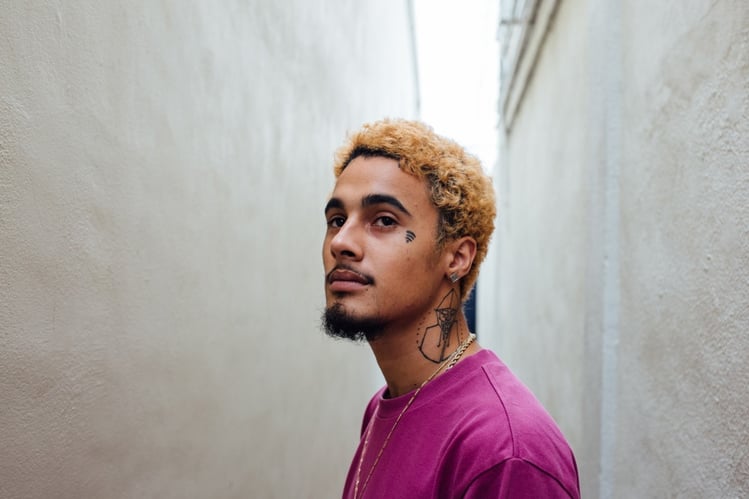 His stage name may imply the preparation of his interment, however, trap rapper Wifisfuneral brings lively wordplay to the new generation of Hip-Hop. Originally from Palm Beach, he's been touring to New York, DC, Philly and Texas this past year after the release of his album Black Heart Revenge in May 2016. Yet, we can’t wait for him to touch down in the A to perform for our Fool’s Gold ‘s Day Off A3C Festival takeover!

Although fairly new on the scene, he’s no novice.  When Wifisfuneral was young he used to work on music with his father who was a Rapper and recorded his first track at 13.  After becoming a high school dropout during his sophomore year, his mother refused to let him stay with her and kicked him out the house.

His first project "Black Heart Revenge" was written in the midst of overdosing three times and having to be admitted to the hospital.  The project was initially a suicide note that transformed into a mixtape reflecting a major battle of drugs and self versus self.  Earlier this year he released his latest project "When Hell Falls"  which allows fans to understand the trapper on a more personal level as he journeys through life, battling his demons towards a brighter path. Now signed to Alamo/Interscope records, his fan base has grown with him from the beginning from strictly from releasing music off of Soundcloud.

Death to all internet act-alikes and basic rap formula artistry is Wifisfuneral’s take on the Rap game.  You can often here influences of Three-Six-Mafia or from his favorite Rappers Earl Sweatshirt, Tyler The Creator, Lil Wayne, or Eminem.  However, his hook, verse and adlibs are always drawn from his lifestyle of vices, perceptions, girls, his gang and stacking racks.  For him, his method of madness seems to be staying true to his unruly identity and real life artistry as he continues to put out grim yet catchy, head bopping music.