'A Letter to a Young Producer,' From Zaytoven

Posted by Zaytoven on Sep 4 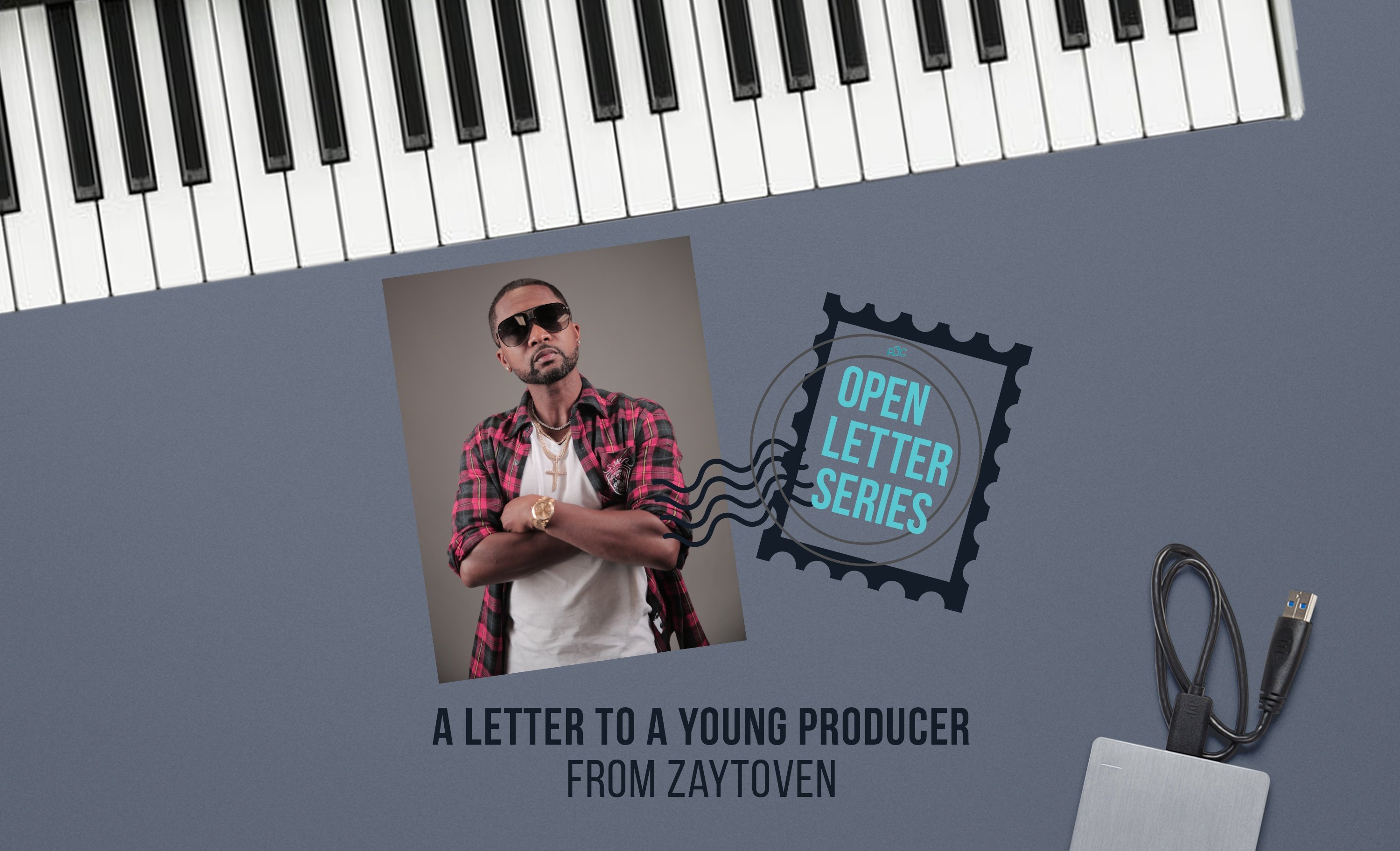 Marking the fourth week of our A3C Open Letter Series, super producer Zaytoven has penned one of our most articulate letters to date. In the public message below, the veteran keyboardist details his life before the rise to fame. Read on to learn how staying humble and keeping an ear to the streets helped him obtain success and receive credits alongside artists like Gucci, Future, Migos and countless others.

"Coming up, I always did 3 things: played basketball, cut hair and make music. All of those things fed my spirit, which is why I think I enjoyed doing them. They gave me life, energy and a purpose; so my first lesson in becoming successful was that I needed to have fun in whatever I spent my time doing. I taught myself how to cut hair in order to make money, then I would take that money and buy better clippers. I was always improving my technique and upgrading my tools. When I started playing the keys and buying production equipment, I did the same thing; I stayed on top of the latest everything so I could constantly perfect my craft.

That led me to another lesson in becoming successful, which was to always invest in my tools and in myself. By dedicating a lot of time to practicing my hobbies, I in turn cultivated a system or a routine of being consistent, and consistency has been one of the most important lessons I’ve learned in this business. When you develop the skill of doing something over and over and over again, whether you feel like it or not, a lot of times that’s what will separate you because most people are not going to do what it takes. They start off hard, but they don’t finish.

I’m married with 2 kids. There's always something going on in my life, but no matter how late I get in or how unmotivated I may feel, I get up early in the morning everyday and make at least 5 to 10 beats. There’s no way I could’ve worked with guys like Gucci and Future, whose work ethic is on steroids, if I hadn’t developed that muscle of repetition early on in my career. Get in the habit of working on your craft every single day. This business requires that from you if you are trying to see a real return on your investment.

Early on, I also realized that being a producer was a 'behind the scenes' type of role and I was okay with that. But ,I knew if I wanted to establish my own name, I had to keep it in people’s ears. That's why I added a tag to my beats. I also made sure that if the artists I made tracks for were performing somewhere local, I was going to be on stage with them. Visibility is important, because some people may know the producer’s name, but don’t know what they look like.

Being out and networking face to face was also key to my come up. With me being an independent guy, it was important for me to build my own relationships, know who the new artists were, managers, label execs, etc. I was really blessed to have the support of a guy like Gucci who liked shouting my name out on tracks and on stage at his shows whether I was there or not. As he grew bigger, so did I. Aligning with somebody you believe in and who believes in you is a winning combination.

You can’t chase success. You just need to do what you’re supposed to do, when you’re supposed to do it, and be flexible as well as dependable. I always make sure the guys I work with have beats from me at all times; I’m not scared to give out my beats to people I believe in. I don’t ever want them saying that they don’t have any Zay beats. I like to take time out to separate myself from industry stuff and just hang out with my loved ones. I still play in the church every week, which keeps me grounded. I get filled up all over again when I do that. So yeah, you got to work hard but you also have to recharge and be still so you can tune into your spirit, with God and be in alignment with your gut instincts.

I rely heavily on my inner voice to help me navigate the business and my intuition has never steered me wrong. It led me to Gucci, OJ, Yung L.A., Yung Ralph, Migos….I just felt something and I went with that feeling. In a nutshell, I came up because I stayed down. I stayed down with guys from my side of town and those that I truly felt had that special sauce. I stayed down with the sound I created; I stayed down with the same team that helped me to get to where I am today (s/o Karl, Al, Tamiko, Roland, Rootsqueen). And the most important thing to me, I stayed down with God, my faith and my family and for that, I’ve truly been rewarded.

To any new producers or artists wanting to make it in this business, ask yourself, 'If you were to never get to the level of success you dream about, would you still be doing music?' Early on, I knew that if what me and Gucci were recording in my mama’s basement never turned into anything, I was good with that because I just enjoyed the process. I loved coming up with beats for him to rap on and I couldn’t wait to hear how he was going to flow. It was pure joy for both of us and we never really banked on blowing up. I was barbering during the day and recording with Gucci at night; creating music gave me a sense of purpose. I looked at it like if we blow up, we blow up, if we don’t, we don’t. I was happy even when me and him were the only ones that liked what we recorded.

Respect people how you want them to respect you, keep your word, have integrity, always do the best you can and champion other people. If you stay down, stay faithful to your gifts and constantly develop your talents, you’ll surly be on top. Trust the process, trust yourself and trust God."

A3C has partnered with one of hip-hop's must influential producers to bring "Keys Camp," Zaytoven's private workshop series, to the A3C Conference on Thursday, October 5th.

Zaytoven is an award-winning music producer, DJ and pianist whose contributions to southern rap music will live within Hip-hop forever.