Posted by Ashley Vance on Nov 7 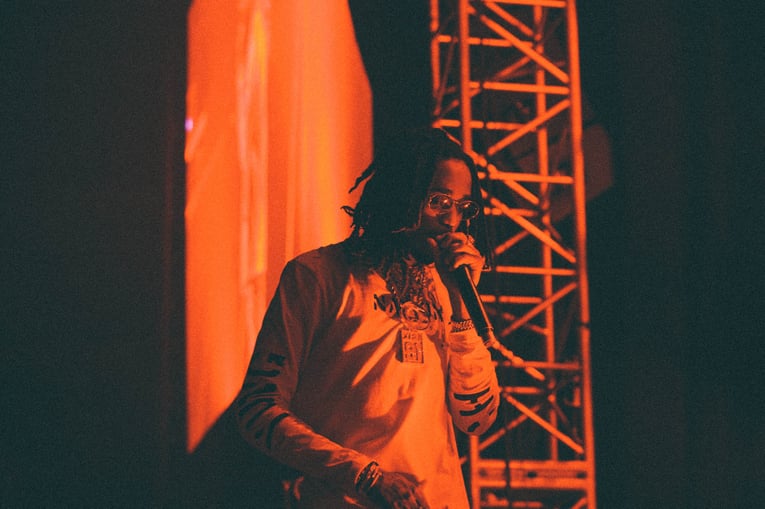 During my stay in Long Beach, California, the Migos were there to give me the sweet taste of Atlanta I'd been longing for.

I had the chance to interact with Quavo, Offset and Takeoff backstage at Complex Con, who were extremely hyperactive prior to their performance. The handsome and wealthy trio are everything in real life that their songs are on the radio: inviting and energetic, but with expensive taste. After closing out with the Complex team, Quavo turned to me with a motion from his tour manager and asks, "We're rapping with you next, right?"

And then it began.

In an instant, we were fast friends. I was wrangling the three together in between jokes and bonding over Atlanta's music scene when Quavo responded to swagger-jacking allegations with, "Who said we were jacking styles?! Other people are jacking us. We set the tone, and they follow."

He went on to discuss their brand as a collective, with TakeOff chiming in to mention how they've influenced the overall Atlanta sound."They can imitate, but they can't duplicate," he said.

Read the rest of our brief chat below.

What do you think set your group apart within the Atlanta music scene?

Offset: We create everything. Just pay attention to our history. Every time we do something, there's a follow up or imitation. They know what's going on.

Coming out of atlanta (the NAWF), what's the most exciting thing about being a global brand?

Quavo: We always wanted to take it worldwide and that's what we did. Aint nothing changed but the fame. We're just trying to see how far we can go. Keep leveling up.

What's happening with the Culture album? When can we expect that?

Quavo: We can't say much... But just know it's on the way and that it's going to change the game.

TakeOff: We've got something up our sleves with this one. For sure.

Describe your lives before the fame. Who were you before you were the Migos?

Offset: We just used to kick doors... nah, I'm playing.. But we were just trying to get something, somewhere.

Takeoff: We were still the Migo's, we just wasn't the Mi-gos yet. Getting money was always a priority, though.

Before the fame, who was ladies man and who was awkard in that department?

Quavo: (laughs) I don't thin anyone was award in that department.

If you could interview any artist dead or alive, who would you want to talk to?

Takeoff: Dang you put me on the spot... I love music so that's too hard..

Offset: I'd wanna rap with my man Micheal Jackson, man.

What are you guys looking forward to from your performance tonight?

Quavo: We gone get in there! A lot of energy, as always.

And that's exactly what they brought to the LBC stage. Check out the full re-cap from ComplexCon here! 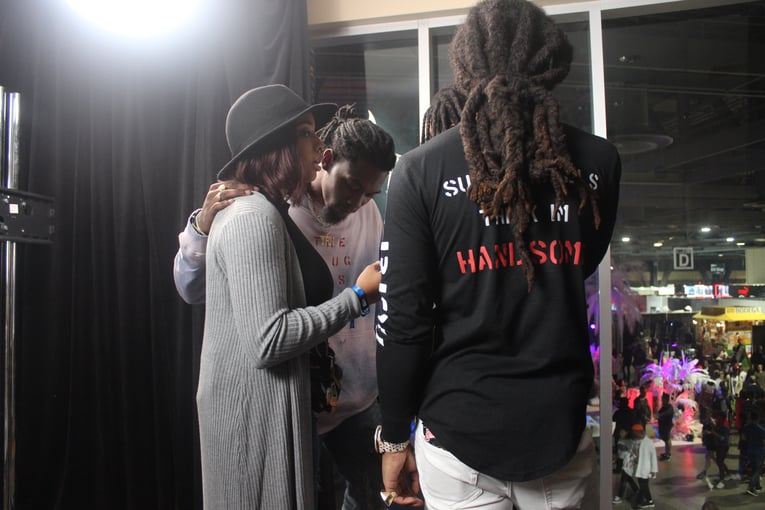