Get Ready for ATL's Own: August Edition!

Posted by Marcus Griffin on Jul 29

This month, A3C & Schweinbeck launched ATL's Own, a new showcase series that highlights some of the most promising talent in Atlanta. We saw some great talent at the last show, but in the end only two artists came out on top.

For more info on the next  ATL's Own showcase, see the description below & hope to see you there! 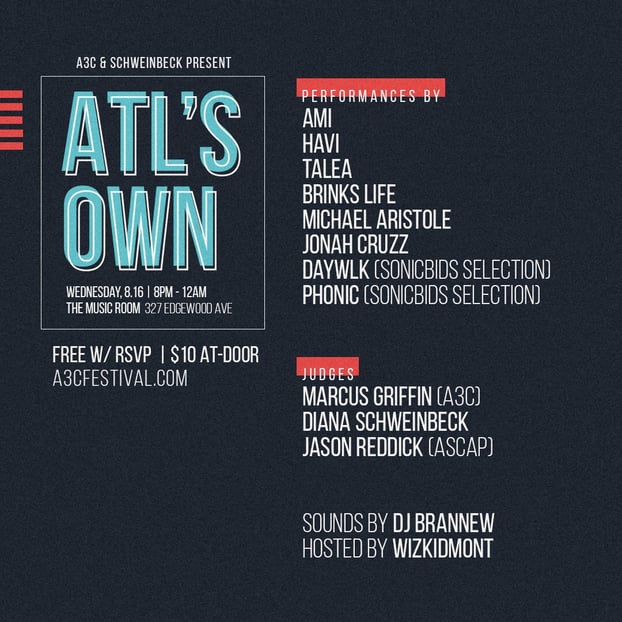