Posted by The Blog Team on Aug 9

A3C announces a dozen new artists performing on the Sound Garage presented by Toyota. The Sound Garage is the indoor stage at the A3C Festival on October 6-7, which will highlight talented up-and-coming hip-hop artists headlined by legends.

"Everyone knows this is a male dominated industry, So its an honor to be co-headlining the A3C festival this year. I've survived in this game, being touch in a skirt and standing high in my heels.  I Hope to have other up and coming female artist come to celebrate, learn the game from some the amazing panels at A3C and stand tall with me." - Trina (Artist)

“I’m excited to be a part of A3C’s hip-hop lineup this year. You know it’s super important to celebrate women in hip-hop because we have our own stories to share. And the fact that they’re so many poppin female artists is amazing. I’m excited to see everyone there.” - Saweetie (Artist) 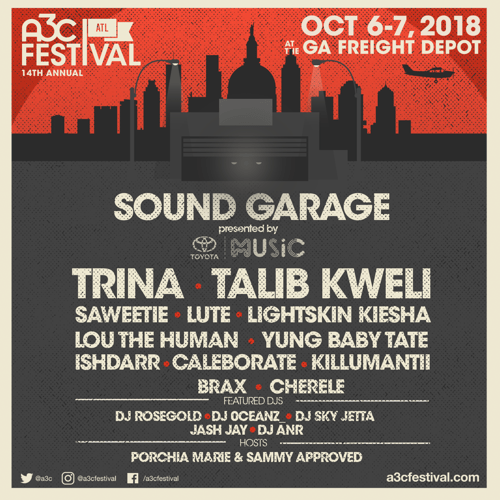 "Women in hip hop are so important. It's vital for young girls to have visible role models so that they can envision themselves in the same positions. I'm so honored to be one of those women and to have the same impact that women in hip hop have had on me." - Yung Baby Tate (Artist)

“It’s important to support women in the Hip-hop industry because the rap game is already a male dominated industry. That’s why it’s so important to celebrate the ones that are doing good. The reason why it’s important to celebrate women at this concert is because in the music industry women are always pinned against each other. They try to make it­ seem like there is not enough room for everybody when there. It’s great to be apart of an all female concert to show that we can all get along without competition” - Killumantii (Artist)

Founded in 2005, the A3C Festival & Conference (Oct 3-7, 2018) has grown from a local showcase to become one of the most important hip-hop events of the year. The A3C Festival features 3 stages with dozens of performances. It's a breeding ground for the next generation of stars while honoring the legends and trailblazers of hip-hop. 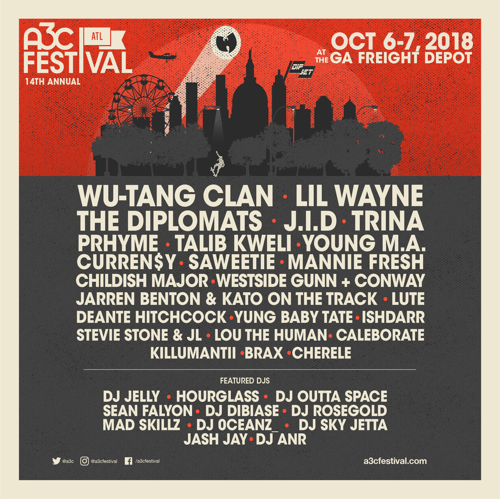