Maxo Kream: Houston's Next Up

Posted by Sean Freeman on Jul 19 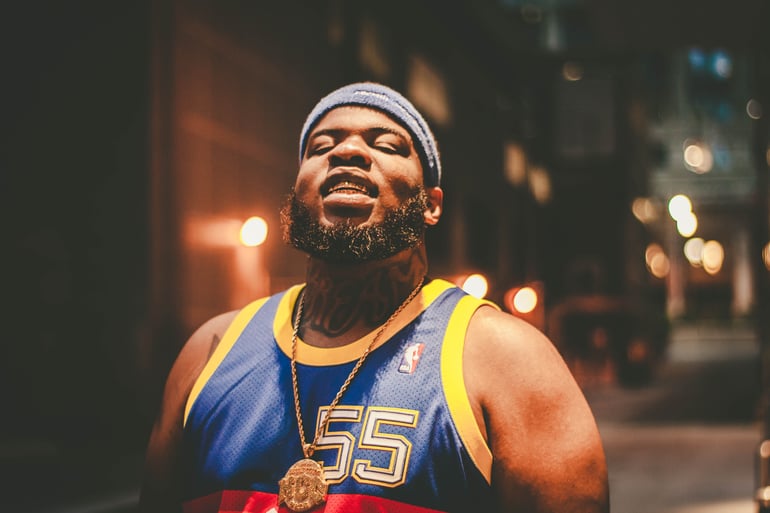 It’s been a while since we’ve heard a Houston rapper with that original Texas swang, but Maxo Kream is in the works to bring that back. While Travis $cott has exploded on the main scene and Le$ holds down the underground king status, Maxo will be the one to bring the two styles together. Giving us those vibes reminiscent of Slim Thug, Lil Flip, and Mike Jones era, meshed with the storytelling of a UGK. He has a way of telling very grimy stories in a light-hearted manner that is easy to digest.

Steadily rising in his prime, the Houston slugger has been rocking the mic since 2012. His mixtapes Quicc Strikes and #Maxo187 really helped to push him into the public eye. The latter project having a slew features from Joey BadA$$, Father, Le$, Lamb$, and Fredo Santana. Maxo stays true his Texas roots even on tracks with Joey, New York’s young phenom, where he adds a chopped & screwed mix to the end of the track. He shows off his witty metaphors on records like “Endzone” where Mr. Kream drops bars spitting, “Tipping like a waiter, Brett Favre, I'm a throw a four. Green Bay packing while I'm sacking, bagging stinky 'dro.” Throughout the years, he’s mastered the art of keeping his verses tight, allowing him to keep us intrigued when listening and being able to switch subject matter at the drop of a dime.

His most recent mixtape, Persona Tape, only continues to stamp his validate his place in the rap game. This project focuses on the street life and hustler persona of Maxo. Taking you through his plays as the plug on tracks like “Big Worm”, “Out The Door” featuring KEY!, and “Shop”, Maxo ends Persona Tape on a lighter note with “None of Yall” where he humorously describes groupies he can’t stand. The mixtape is stacked with well placed features from Paul Wall, Playboy Carti, and Rich The Kid.

In his last single “Grannies”, Maxo takes you through his whole family tree and each lesson or experience he had with each of his family members in his hometown Alief, a suburb of Houston, Texas. “Grannies” really showcases his storytelling skills and the bars he posses. Check out the single and stay tuned for more from the Houston star in the future.