Posted by Civonne Ray on Jul 24 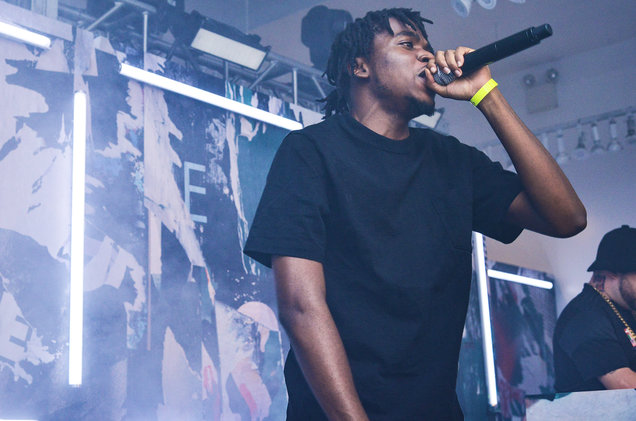 A part of Brooklyn Hip-Hop collective Pro Era, no matter where Kirk Knight performs, he wants to know if Brooklyn is in the house! Anticipating Kirk to set the stage in a short few months at the A3C Festival, we were able to get a glimpse of his performance style at the 2017 FYF Fest.

He performed tracks from his debut project Late Knight Special, such as "Check Me God" and "Knight Time," "Extortion" from the pro era album, as well as some exclusive new music.  He even brought out former A3C Artist alumni, Denzel Curry, as a surprise guest! There was a moment of silence for Steelo, co founder of the Pro Era group who passed away in 2012.

Shortly after with Kirk’s high energy, he had everybody rocking left to right, front to back, and grovoving along with him. Some serious crowd participation took place when his DJ stood on the turn table and Kirk yelled, “Everybody just bounce! Bring the energy through the roof, and there’s no roof, so what the hell does that mean? Get live!"

We can only imagine the type of performance and energy Kirk will bring for this year's A3C Festival!