Posted by Sean Freeman on Jul 29 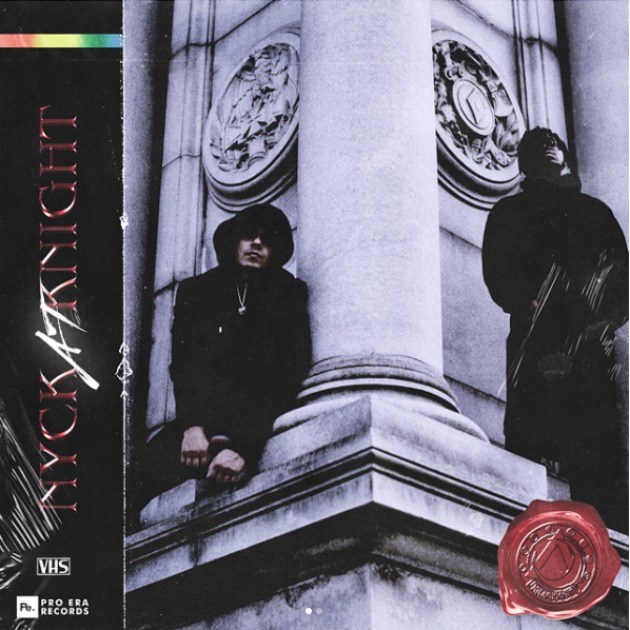 Just a week ago, Pro Era fans were given a present when two of the group's rising stars Kirk Knight and Nyck Caution came together to release Nyck at Knight. Knight, who spends time behind the boards and the mic, is the executive producer of the project.

After releasing their solo projects within the past year, Knight and Caution decided the time was right to drop their collaborative project. Kirk produced a few of Nyck’s tracks from his solo project Disguise is the Limit, including the standouts “Basin” and “Show No Love."

The Pro Era duo originally came up with the name for the joint project at a session with Ecko in 2013, but it only took the two a month in the winter to record. The 8 song project is packed with punchlines and back forth flows from each. Nyck & Kirk go back to back trading verbal jabs on tracks like “All Night” and “No One Seems to Care” produced by Pro Era producer Chuck Strangers. To speed up the tempo, “Dial Up” and “Audiopium” featuring Pro Era, are the perfect tracks to turn up the vibe! Both Pro Era members were fans of the original Nick at Nite series on Nickelodeon growing up and even the cover art sports a vintage VHS look.

Tune into to Nyck at Knight below and order your tickets now to see Kirk Knight live at the A3C Festival!