Posted by The Blog Team on Jun 26

J. Prince (CEO of Rap-A-Lot Records) will be a featured speaker at the 2018 A3C Conference on Thursday, Oct 4th.

J. Prince is a legend who has championed hip-hop music and culture for over 30 years. He has been involved in the careers of Geto Boyz, Bun B, Z-Ro, Devin the Dude, Do or Die, Slim Thug, Juvenile, Big Mike, Scarface and many more. There are few that have done more to cultivate Texas' hip-hop community and promote southern rap.

Today, there is a lot of speculation and lore about J. Prince's involvement in significant moments across hip-hop history, and while we may never know his specific influence it's widely recognized that there are few in the music industry that have done more to impact hip-hop culture.

J. Prince is the CEO of Houston-based Rap-a-Lot Records, and boxing manager to the sport's top talents, such as Andre Ward and previously Floyd Mayweather Jr. etc. 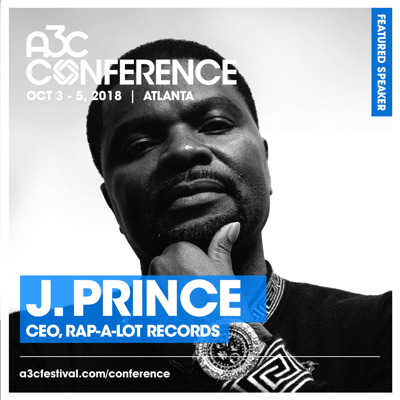 Prince has spent decades promoting the culture and art of Hip-Hop is now working to promote underprivileged neighborhoods and communities. Houston Mayor Bill White and the City Council honored Prince for over 20 years of commitment and dedication to the city. The result of the proclamation named an official James Prince Day in Houston. The recognition came on the heels of the groundbreaking for a new recreation center Prince built in Houston’s 5th Ward. Prince led the charge on educating youth about HIV/AIDS prevention and testing with the launching of Strapped, in coordination with a string of initiatives and events set up to address the issue of AIDS in the black community.

J. Prince was honored alongside Master P, Jermaine Dupri, Timbaland, and Slick Rick at the VH1 7th annual Hip Hop Honors Awards for both his creative contributions and his philanthropic ventures. 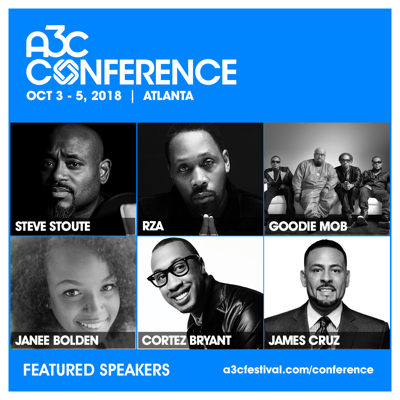 Artists connect with music industry innovators and icons to learn tips, trends  tools needed to take their career to the next level.

Music producers network with peers and experiment with the newest hardware, software  technology.

Record labels and music companies on the forefront of the music industry connect to discuss tech, trends and cultivate growth.

The A3C Conference is the premier event to network and learn from the innovators, entrepreneurs and music makers that shape hip-hop music and culture. A3C hosts dozens of panels, workshops, mixers, mentor sessions and interviews with hundreds of tastemakers, thought-leaders and industry experts.