Posted by Ashley Vance on Aug 22 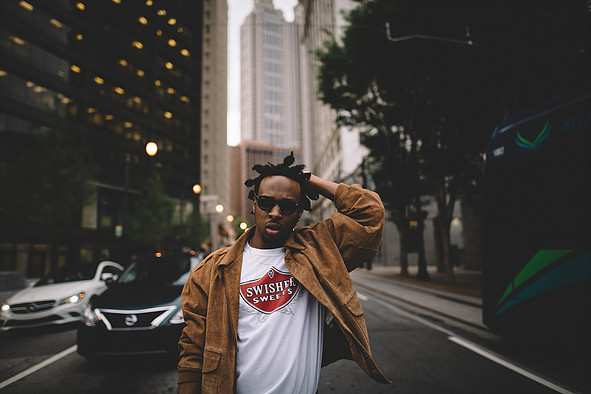 The Swisher Sweets Artist Project has been making a ton of noise all over the nation, and it only gets better at this year's A3C Festival & Conference! We had the opportunity to speak with Michelle Burgstiner, project manager for the Swisher Artist Project, who gave us the rundown on the project as a whole and what we can expect from their team at A3C this year.

About two years ago, it was brought to Swisher Sweet’s attention that their product name had been mentioned in +2,000 songs. Woah!

"At this point, our company was already working on how we could connect to our consumer more,” said Michelle in a phone interview. "We wanted to find a way to put more emphasis on our consumer’s lifestyle and what they are interested in. Music was undeniably a perfect fit, so we came up with the Swisher Sweets Artist Project."

The Swisher Sweets Artist Project is all about gaining exposure for upcoming artists. This Swisher team uses their leverage and influence to generate a following for artist in different cities by helping them build their brand in ways they never thought imaginable.

So as you can tell, Swisher is all about supporting the music. "The reason we love getting involved with A3C, specifically being backstage and having interactions with the artists, is because we want everyone involved to know about all of the opportunities we have for them,” said Michelle. One of Swisher’s most recent ventures is the Swisher Sweets Artists Academy, developed as an extension to their commitment to help emerging artists, and serving as an educational resource for artists featuring advice on topics from how to make money, to building a fan base, getting their music heard, and surrounding themselves with the best team.

This year at A3C, Swisher Sweets is also going to be in control of the backstage VIP lounge, and if you've ever been to one of their pack night performances, you know anything hosted by Swisher Sweets is bound to be a good time! For the artist lucky enough to head off stage and join in on the Swisher fun, Michelle says you can anticipate a huge surprise! "We have something really cool in the works that I don't think I can say yet!" said Michelle in anticipation.

Well, we’re definitely on the edges of our seats here at A3C. Any idea what it could be? Be sure to stay tuned for a huge surprise!