Posted by Marisa Richard on Oct 8 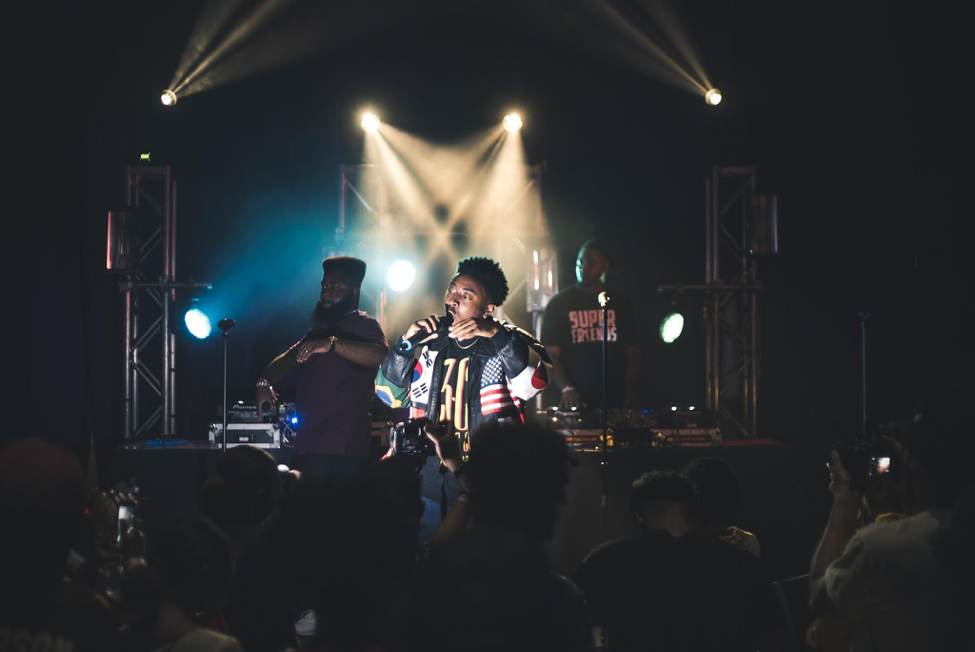 Spinrilla brought their music discovery platform to life, A3C Saturday, with the Spinrilla House on the festival grounds at the GA Freight Depot. It was an all-day lineup that included sounds provided by DJ Ash B and performances from Atlanta’s own, Deante’ Hitchcock, super producer, Sonny Digital and Chi-town’s freshest, G Herbo.

Deante’ Hitchcock, known for his car freestyles, which gained him recognition from Charlamagne Tha God and Wale, rode the early vibe and rocked the crowd with fan favorite, “Talking to God, Pt. 2.”. He closed with “No Secret” and gave the audience a snippet of his newest song “Wide Open” featuring GoldLink, to be released later this month. We caught up with Deante’ after his set and he explained how that collab happened. ” One of my OG’s knows him personally, so when I played the record for him he was like I could probably get a GoldLink Verse for you. If he hears it and he likes it, he’ll do it. So I sent it over, he sent it back with a verse and it was that easy,” Deante’ explained.

Throughout the day attendees heard from other emerging talent including Spacejam Bo, Yung Simmie, Chaz French and Taylor J to name a few. By the time the evening rolled around the crowd was calling for “G Herbo.” Herbo, who just dropped his first album, Humble Beast, hit the stage, sparked one and rocked the crowd with three joints from the album, “Everything”, “Man Now” and “I Like” and throwback’s “Computer’s Freestyle” and 2015’s “Rollin”. We chatted with Herbo backstage and discussed his A3C experience.

“ It’s always love doing A3C, It’s like my third time here. Even when I’m busy I always make it my business to come here and perform. I love the A3C experience, as an artist you can build yourself and connect with new fans and old fans. And you always get a glimpse of who’s really out here grinding and building their brand,” - G Herbo

Following Herbo, Sonny Digital graced the stage and closed the show by taking the crowd through his catalog both as a producer and an artist. The crowd was lit as they heard some of their favorite tracks including “Racks”, “The Birthday Song”, “Tuesday” and the most recent, “I’m the Man Remix” (originally produced and recorded by Sonny Digitial). Before exiting the stage, Sonny shared he that has a new deal with Atlantic records as a recording artist and that he’s “done producing for everybody else.”