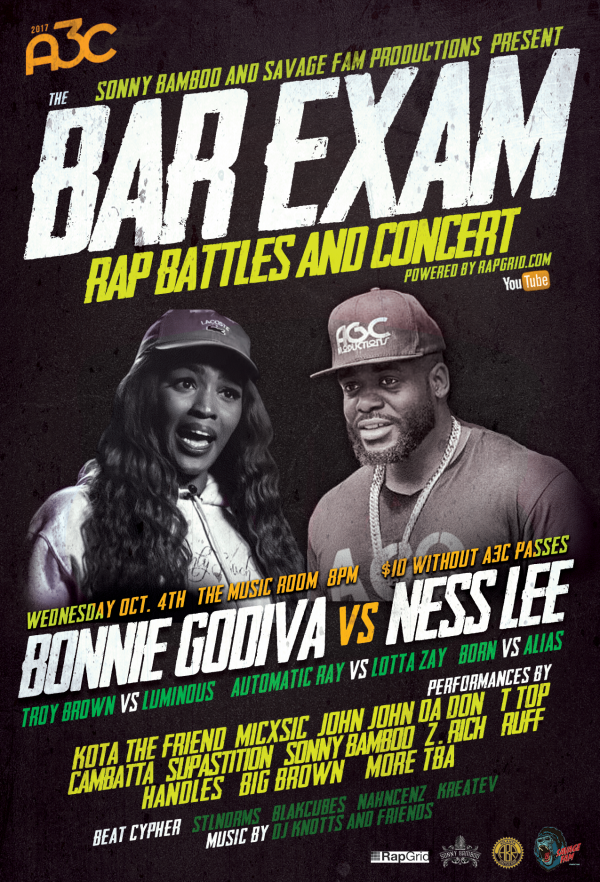 On October 4th, Sonny Bamboo and Savage Fam Productions showcased what many feel is an often-forgotten facet of hip-hop; battle rap. Powered by RapGrid, emcees from Atlanta to New York performed and competed at The Bar Exam, held at Music Room in the heart of Edgewood Avenue.

In terms of the concert, there was an eclectic group of artists. Many of them catered to the fans of lyricism and the traditional hip-hop style, while others rocked the crowd with tales of the street life backed with trap-inspired production. Each emcee held their own; with sets ranging from three to five minutes, they hoped to broaden their respective fan bases by shining at the A3C Festival & Conference.

The show had many peaks, but one of the highlights was that of Handles, a musician out of the DMV with music that had an introspective point of view. The show's host, MiCxSiC, was also a featured performer on Wednesday night's talented set list. 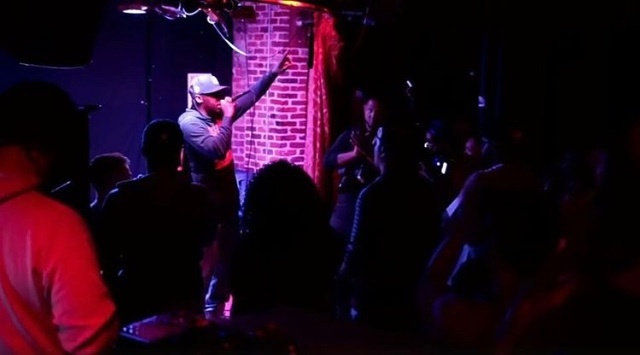 What most of the audience looked forward to were the battles set to take place at The Bar Exam. There were four match-ups set at one-hour intervals; Alias vs. NuBorn, Automatic Ray vs. Lotta Zay, and the main event: Bonnie Godiva vs. Ness Lee. While each battle was amazing, a personal favorite was Luminous vs. Troy Brown. Luminous’ flow and delivery may have been his greatest attribute, but Troy Brown’s clever wordplay and back-breaking rebuttals may have given him the edge in some people’s eyes.

The A3C Festival & Conference has hosted The Bar Exam for a couple of years now, and the competition continues to increase annually. Some people feel that that batte rap is dimming from the mainstream spotlight. The casual hip-hop fan may not understand how important this artform is to the culture, but battle rap is alive and well and this year’s Bar Exam was definitely a testament to that.