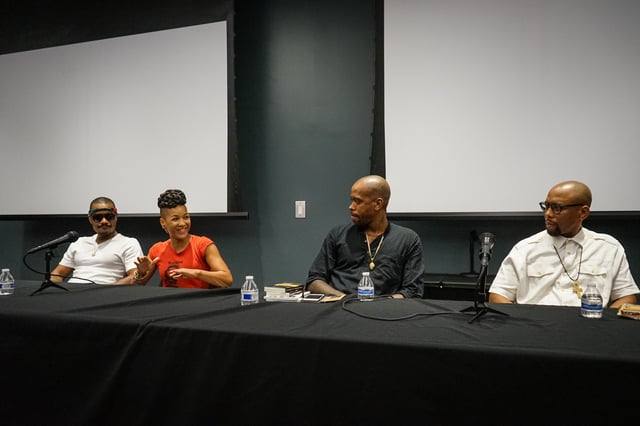 Since its creation in the 1970’s, Hip-Hop music has always been linked to the underprivileged youth in urban areas across America. It is a culture that allows the voiceless to have a voice; a platform to tell their story to the world. With the impoverished being so connected to this artform, messages of activism and social justice have also found a place in hip-hop music. On October 5th, as a part of the Action Summit, a few advocates of equality spoke about their reasoning, and ways to promote social justice and activism through their music and other means.

Moderated by Dr. Bonnette-Bailey of Georgia State, four emcees gave the audience a glimpse into their journey through the music industry and the struggle to push a message of positivity with their lyrics. The panelists were Zayd Malik, Ife Jie, Redd Fidel and Khnum Stic Ibomu, and each had a unique story to tell. The word “revolution” has always had a negative connotation, but Stic explained that to him, it means “always being about the change.” Revolution doesn’t have to be promoted by violence. It can be promoted by teaching, giving back to your community, and making sure your children are on the right path. 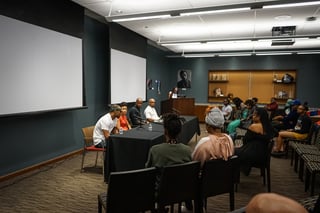 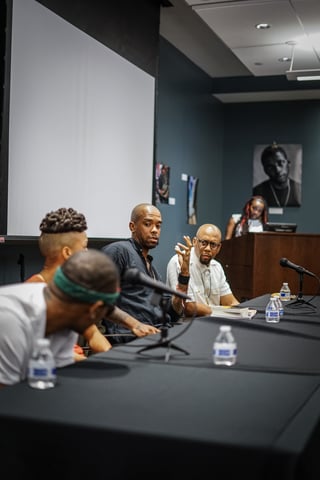 “Family and community are of the utmost importance when it comes to activism,” Zayd stated. As a man, being able to keep you family stable and being a provider is essential to the progression of activism, because it starts with the parents, goes to the children, and the cycle continues. Throughout history, one of the main obstacles used to discourage revolution was that of the “emasculation of the black man.” Growing up as African-American males, we are told many lies about how a man is supposed to act; such as being promiscuous, being “gangster”, and not respecting our women. Stic explained that as men, we should act the total opposite of those negative things that we are taught; and that’s what he strives to promote with his RBGFitClub.

As the only woman on the panel, Ife Jie provided a much-needed perspective on social justice and activism. She spoke about success, and how it’s all in perception. You shouldn’t let popular opinion define success, you need to define it for yourself. There are many ways to promote revolution in your community, and the platform of music is one of the best ways to do so. Hip-Hop has a heavy influence on many aspects of life, so however you decide to push your message, make sure it’s done in a positive manner, and that it effects the people around you in the best way possible.