Posted by Sean Freeman on Jun 16 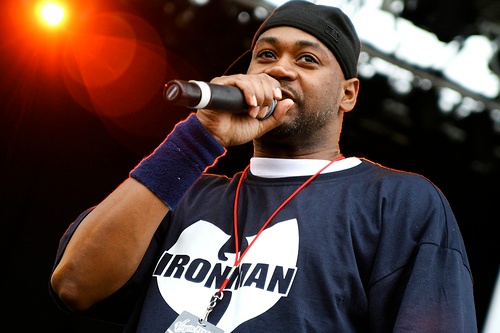 It’s been 3 years since the last commercial Wu-Tang album and the world is ready for another one.

And this time around, A3C performer Ghostface Killah (aka Pretty Toney or Tony Starks) is playing the role of conductor. In a 2016 interview with HipHopDX, Ghostface said “RZA put the ball in my hand. He said 'Yo, I want you to do it,’ and I'd been wanting to do it.. That’s a big test for me right there.” As executive producer, he’ll be in charge of the sound of the album and making decisions on who will be on which track.

Aside from dropping a few guest verses, including hopping on the remix of Internet sensation Rich Chigga’s “Dat $tick” & laying down a mean verse on a remix for fellow Wu-member Raekwon’s “This Is What It Comes Too," Pretty Toney has been rather quiet. Killah’s last solo projects, Twelve Reasons 2 Die with producer Adrian Younge and SourSoul with jazz trio BadBadNotGood, both came out in 2015. Even though he’s been laying low, Ghostface is the most focused on music in the Wu, according to RZA. “He’s been the most prolific, the one with two feet on the ground with music”, RZA continues “He only does music. He doesn’t jump over here and jump over there.”

Although the group has been dropping albums individually, Killah says that the next album will stick to the core of the Wu Tang sound. “I mean, you got to always go back to the foundation … It’s not what you do it’s how you do it." He continues, “But it has to be done right. If it don’t fit then we can’t do it.”