'A Letter to Women Working in Media,' from Angela Yee

Posted by Angela Yee on Aug 14 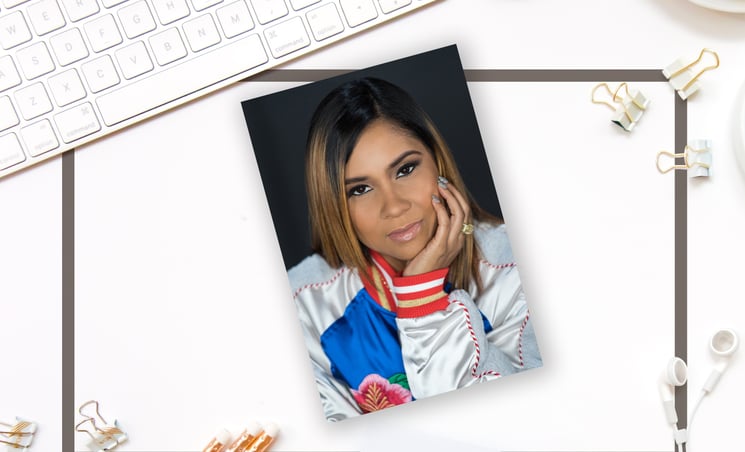 Every #MotivationalMonday, our Open Letter Series will bring you a letter written by one of the esteemed members of our 2017 Conference line-up. Below, you'll find this week's message addressed to women working in the hip-hop realm of media, written as a personal testimony by The Breakfast Club's Angela Yee.

"Do you know how many times people will try to pit you against other women working in your field?

When I first started working in radio at Sirius Satellite, I was the only woman on a brand new station, Shade 45. Every time I was introduced to another woman that worked on one of the urban stations, the men would say 'Watch out, she’s coming for your spot.'

Imagine if I would have believed them, and treated my media sisters as competition instead of embracing them as people who were on the road to success, like myself.  I’ve achieved so much success working with these women than against them.

Always remember that even if you aren’t where you want to be yet, your future is in your own hands. No one owes you anything: you have to be patient and put in the work to see the results.  But when you are climbing that ladder, bring other people up with you and keep looking up instead of being distracted by what’s beneath you."

To hear more from Angela Yee or fire a few questions her way, be sure to catch her speak on the "Women in Charge" panel this year at the A3C Conference on Fri., Oct 6th.

This panel hosts some of hip-hop's most innovative, creative and entrepreneurial women. The conversation will touch on issues effecting women in hip-hop as well as entrepreneurship and innovation in the music industry Women in Charge is a celebration of dynamic women in hip-hop... including: MC Lyte, Angela Yee, Karen Civil, Janee Bolden, Amber Grimes, Fadia Kader, Dina Marto, Dr. Lynn Richardson, Alicia Renee and Jennifer Goicoechea.

Angela Yee is a radio personality and host of the nationally syndicated morning show, "The Breakfast Club."