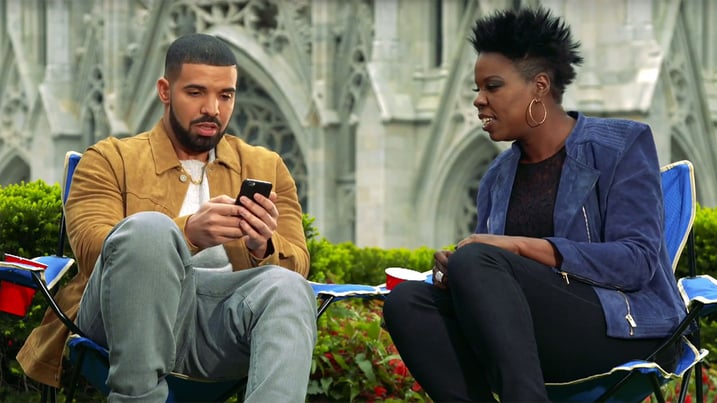 The concept of social media is perhaps the most polarizing topic of our generation. Some people use it for different reasons; whether it be fame, money, networking, or maybe an outlet to express their thoughts. Throughout the years, musicians have proved to be some of the most interesting characters out of the many celebrities that participate in social media.

In anticipation for the 2017 A3C Festival & Conference, here are some of this year's performers that you need to follow on Twitter:

One of the greatest emcees of all-time brings a sense of nostalgia to Twitter. When he's not tweeting about music festivals with insane lineups or posting photos with rap legends of the same caliber, he always reminds us about the everlasting impact of  Wu-Tang on the culture. Ghostface Killah's Twitter feed is almost like a musical archive, and focuses on the dopeness of hip-hop and it's global influence.

The late, great Steve Jobs once coined the phrase "The journey is the reward." This is a quote that I live by, and it makes me treasure every moment in life, whether it be good, bad or indifferent. The up-and-coming Joyner Lucas gives insight to the new artist on the brink of superstardom. It's refreshing to see this leader of the new-breed of lyricism succeed, and his willingness to let us be a part of his journey.

Happy to still be here and have a few folks care. Love.

Just Blaze was an integral part of Roc-A-Fella Records' rise to prominence in the late 90's to the early 2000's. Along with Kanye West, his production style ushered in a new wave of hip-hop that paid homage to the music of old, meshed with a new twist.  His timeline is oddly normal, and it gives the notion that money, fame and success has not changed him one bit.

The Chicago native SABA, is one of those artists that understand the true meaning of social networking. He always lets his audience know about new music, upcoming performances and exclusive collaborations. SABA uses Twitter like a digital photo album as well; by uploading pictures of his lifestyle both inside and outside of music.

Battle rap is an often-overlooked facet of hip-hop. Being a battle rapper takes wit, improvisation, confidence and charisma. Arsonal Da Rebel is  one of battle rap's top emcees, and has classic bouts with greats such as Loaded Lux, Charlie Clips and Conceited, just to name a few. His timeline is one of the best places to stay up-to-date with the fabric of battle rap, and the "must-see" matches of the week.

Stationed in Atlanta, GA, producer/artist Ducko McFli is one of the few people that can successfully navigate between both forms of his craft. With co-production credits for Drake, 2Chainz and Lil' Yachty, Ducko understands the importance of the music producer in hip-hop.

gives you hope that humanity may not be shitty forever https://t.co/hSDHdR79Ni

This producer, singer and songwriter has been a staple in Atlanta's underground scene for quite sometime. R&B crooner ForteBowie provides tweets about sports, music and current events. His knack for comedy also shows in his timeline, with RT's of memes, videos and photos that will definitely have you in tears.

The rags to riches story of the modern musician is always inspiring. YFN Lucci came from the streets of Atlanta to having a Top 40 record on the Billboard Hot 100. His Twitter feed showcases the moves of a new artist constantly on the grind, and the importance of keeping family close.

Wifisfuneral is one of those rappers considered part of the new generation. With his contemporaries being musicians such as Lil' Uzi Vert, XXXTentacion and Ugly God, he gives a unique perspective on social media. He has also been one to interact with the general public on Twitter, both in  a positive and negative fashion. His timeline is always entertaining, to say the least.

Not only is Trae Tha Truth a dope artist, but he is also a testament to the perseverance of the city of Houston during these trying times. A performer a this year's A3C Festival, Trae has spearheaded many volunteer efforts to clean up parts of his city during the aftermath of Hurricane Harvey.

Looking forward to seeing these artists hit the stage at A3C 2017?